We sat down with Atlantis Director and Product Designer, Bruce Warner to talk about combining the two to evolve form and function in the bathroom. 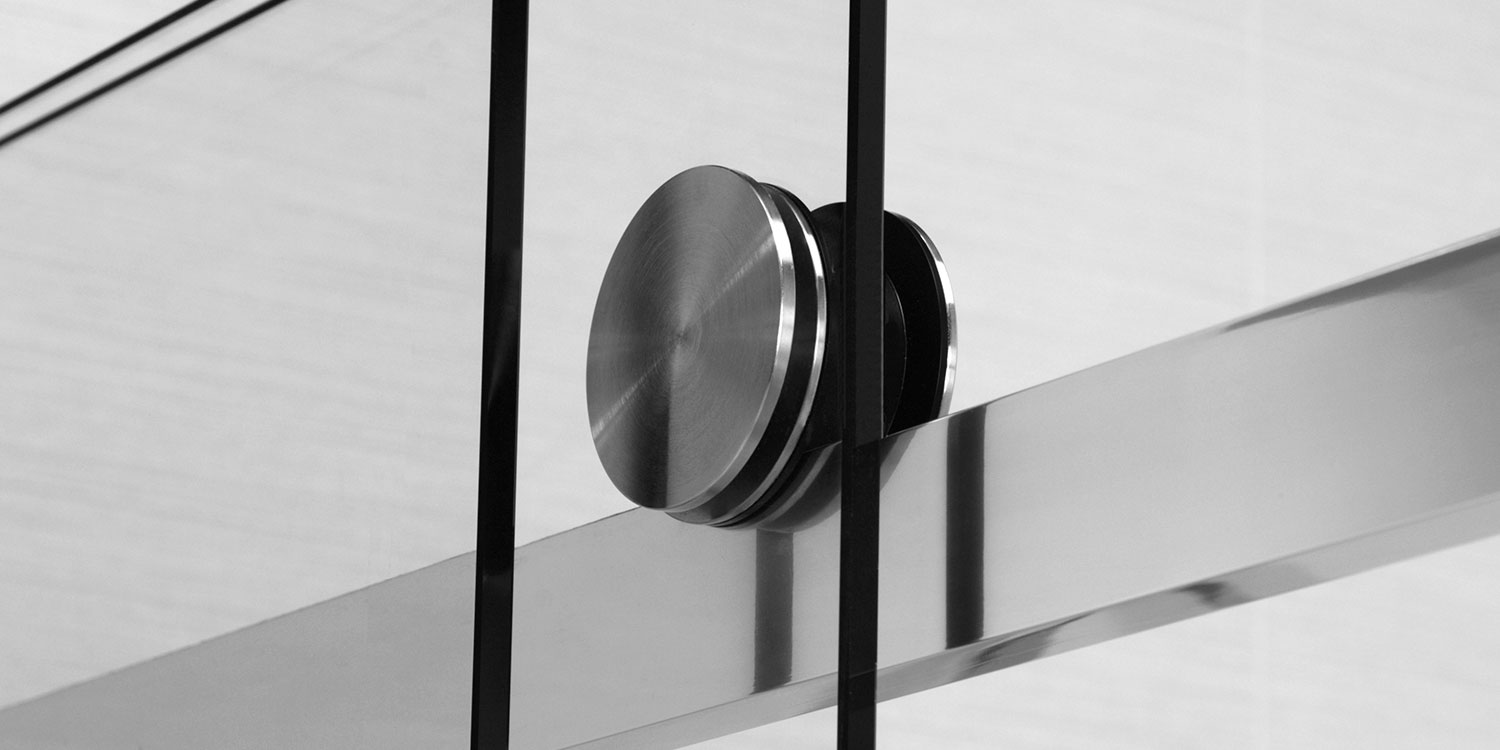 To create what Atlantis’ founder Bruce Warner believes is the most robust shower on the market, the concept of the shower and how it was made was deconstructed and redesigned. The result is a modular shower that comes with an unrivalled waterproofing warranty spanning a quarter of a century.

Designed specifically for level-entry showers, the waterproof shower tile tray is recessed into the floor. Made of reinforced fibreglass, it is a single piece of material without joins that extends 100m past the edge of the shower. “Similar to a small swimming pool, it sits in the floor and is tiled over. It’s quite different to most shower trays that are laid and then waterproofed. This is already waterproof and does not require an extra product to be added and therefore removes the risk of failure over time,” Bruce says.

“This is a solution that doesn’t just meet the requirements of the Building Code, it far exceeds them.”

It also allows for the use of level entry showers, which combine seamless aesthetics and universal design – a simple yet highly functional way of future proofing the home for accessibility. 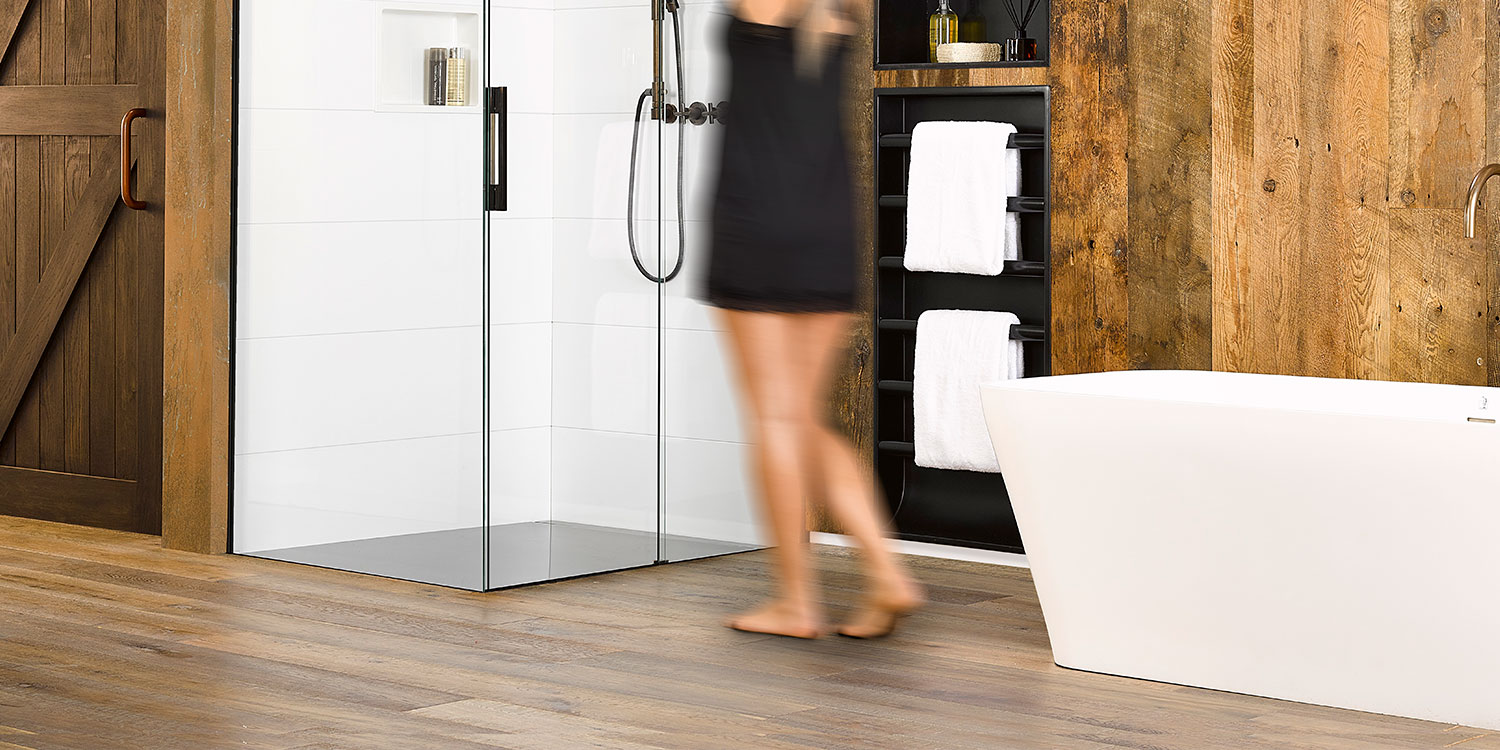 In terms of style, Atlantis showers exude beauty and style. Incorporating soft-close technology and innovative elements such as Ellure walls, the showers offer much more than just aesthetic value. “Ellure walls are a definitive yet practical way to create a tiled look in the shower without tiling. Designed to operate as one acrylic wall, Ellure wall panels adhere directly to Gib Aqualine walls without the need for waterproofing, grout or visible silicone.

“Ellure walls are part of our modular shower offerings, each of which is designed to work seamlessly with another to allow clients to design and customise showers suitable for any setting. By incorporating forward-thinking elements such as Ellure walls, the ‘tiled’ shower moves from a complex project requiring skilled labour to install into a highly functional system that is simple to install,” Bruce says.

The modularity of Atlantis’ shower range allow a client or designer to select the shower style, followed by surfaces and finishes and then add accessories such as recessed shelving or niches, towel warmers or mirrors, making it a sought after solution, particularly for smaller spaces where innovation and function are vital.

Just as the concept of the shower was deconstructed and modulated by Atlantis, so too was the concept of the towel rail. “We’re focused on refined design, which to us means paring away every inessential detail. It means bringing out the most sophisticated and the most elegant lines and forms, and it means designing with years of use in mind,” Bruce says. 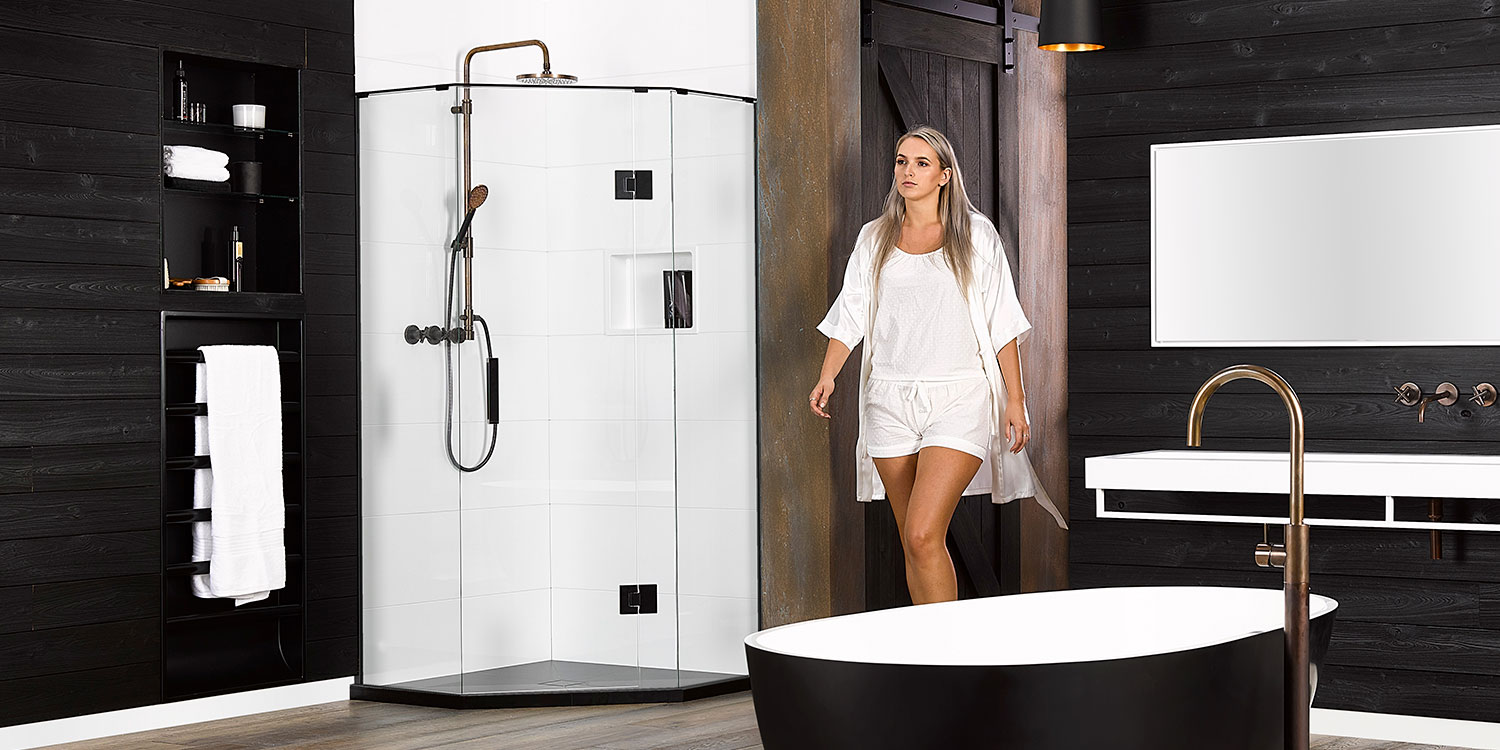 That’s exactly what happened with the idea of the recessed towel rail, which like its name suggests sits within the wall rather than on it.

“Why take up space on a wall when a towel rail could work just as efficiently recessed into the wall? It means for small spaces and apartments, for example, a towel rail can be incorporated when it could not otherwise. It can fit tucked away behind a door without protruding into the room and taking up vital space,” Bruce says. The seamless lines of a recessed towel rail cavity allow for a unique space-saving feature in a small bathroom while offering a visually dynamic and clever layering of available wall space. Similar to the recessed towel warmer, recessed shower shelving can be incorporated into an Atlantis shower to create another clever and functional use of space.

Explore our range here to find out more about their innovative bathroom range.